SNCF’s order for 19 additional Regio 2N double-deck regional trains from Bombardier will be utilised in the Auvergne-Rh?ne Alpes region. 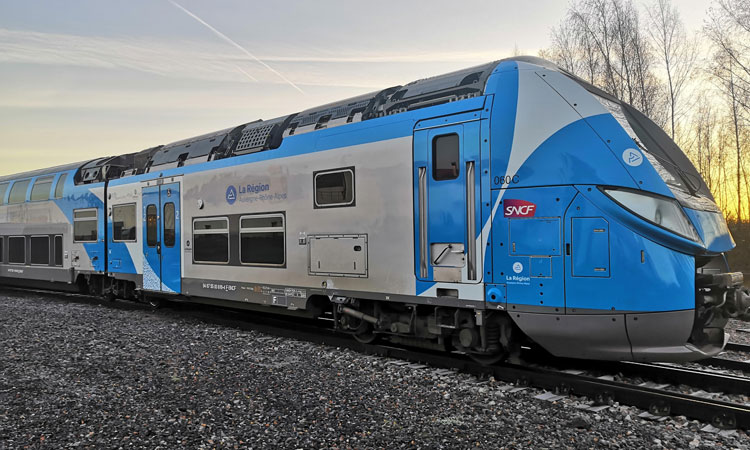 Bombardier Transportation has announced that it has received a firm order from the French National Railway Company (SNCF)?for the delivery of 19 Regio 2N, double-deck regional trains (representing a total of 114 cars) on behalf of the Auvergne-Rh?ne Alpes region in France.

The order amounts to a total of €176 million – including price escalations based on best faith assessment of assumptions – and is an additional part of the contract signed with SNCF in 2010, which provides for the manufacture of up to 860 trains for the French regions. Currently, 10 French regions have ordered a total of 428 Bombardier OMNEO/Region 2N trains.

The new trains from Bombardier will begin operating on the Lyon to Macon and Lyon to Valence lines in the summer of 2023. The Auvergne-Rh?ne-Alpes region is continuing to consolidate its Regio 2N fleet, which will comprises of 59 Regio 2N.

President of Bombardier Transportation France, Laurent Bouyer, said: “The Regio 2N is a high capacity, double-deck train that combines capacity, comfort and accessibility. This equipment has proved its worth and is perfectly suited to the needs of the regional and peri-urban lines of the Region Auvergne-Rh?ne Alpes, which, after Ile-de-France, are the national rail network’s most heavily loaded. Designed and manufactured on our site in Crespin in the Hauts-de-France region, the Regio 2N has received the recognised certification ‘Origine France Garantie’. Also, the manufacture of the Regio 2N contributes to the entire French rail industry.”

The new 83m-long trainsets will offer a capacity of 385 seats, and can be operated in multiple units, with the 40 Regio 2N fleet already operating in the Region Auvergne-Rh?ne-Alpes.?The trains will be equipped with Wi-Fi, a video surveillance system, six bicycle slots and will meet all European interoperability and accessibility requirements.